What today appears to be an old tradition of folk costume in Bavaria and Austria, has a relatively recent history. Leather was used as a material for pants for centuries, however these had little resemblance to today’s Lederhosen, the traditional german leather pants.

History of the Lederhosen

Forerunner is the 17th century culotte, a knee-length pants made of velvet, silk or leather for the nobility. This was tight fitting and ended just below the knee, the trouser legs had small buttoned slits for easier entry. At the front she was either buttoned with a buttoned fly or with a bib from hip to hip, which was knotted at the waistband. At the court of Louis XVI, the officers of the French cavalry wore trousers of white leather, and still remember the uniforms of the Spanish Riding School in Vienna. The French Revolution brings the end of the nobility, but also the end of the culotte for the civic population. The Parisian proletarian revolutionaries, small craftsmen, workers, traders wear long trousers and are therefore soon given the nickname “Sans (without) culottes”. The rural population continues to work in breeches, usually made of leather from sheep or goats from their own farm, because the hunt for stag and deer was reserved for the nobility.  In the 19th century, the resistant, weather-resistant loden prevailed aspants material, as well as the long trouser legs and by the end of the century leather pants were almost gone.

During the age of romanticism and the return to old values associated with it, more and more associations emerge to promote the preservation of customs and the costumes that belong to it. At the royal imperial courtyards in Vienna and Munich, a real costume hype soon prevails. On 1st June 1853, the Bavarian King Maximilian issues a decree on the “enhancement of national sentiment, especially of national costumes,” and while hunting shows himself folksy in a gray-green jacket and leather pants. The Austrian Archduke Johann, modernizer of industry, agriculture, promoter of science, art and culture, also commits himself to the preservation of customs and costume. He shows his publicity and love for his Styrian adoptive home by dressing in the country costume, the green-laced gray loden skirt of the Styrian hunter, the forerunner of the Styrian suit.

We owe the appearance of today’s “battered leathers” to the Bavarian teacher Josef Vogl, who founded the first Mountain Conservation Society in Bayrischzell together with friends in 1883. According to their designs, a new edition of the, as they believe, “ancient” garb is commissioned. Made by a “Säckler”, a craftsman for the production of leather clothing, the garment does not find appeal within the population for the time being. The porters are mocked and the church even forbids their participation in processions.

As the development throughout the years proves, leather pants will not go out of fashion. Lederhosen not only should, no, they must have patina. These include long-wearing heirlooms and trousers that are so stiff they can “stand up” by themselves.And only when the matte surface is greasy due to wear do the pants truly earn the name “Krachlederne”. A little soap and a hand brush can remove unpleasant stains and good airing helps with bad smells, because these great pieces must never be brought to a dry cleaner.In the seventies of the twentieth century, the revival of traditional leather costumes begins. Stag and the softer deer leather, embroidered in the old tradition, is processed into costumes and suits. In recent years, the indestructible leather is also used for more fashionable models. Since a few years, the classic leather pants has become the cult object of the younger generation. They combine traditional cheeky with modern, because they discovered that, just as a dirndl suits every woman, even the most tired office stallion turns into a sexy “Feschak”(handsome man) in rustic leathers.

Anatomy of the Lederhosen

Cleaning and care of a Lederhosen

With some curd soap and a hand brush you can remove unpleasant stains, good airing helps with bad smell, in a dry cleaning such a good piece is never allowed.

You will find detailed instructions on how to make pattern for the shorts leather trousers and breeches made of leather as well as many other designs for men’s costumes in our book Trachtenmode: Trachten für Männer (Traditional costumes for men). 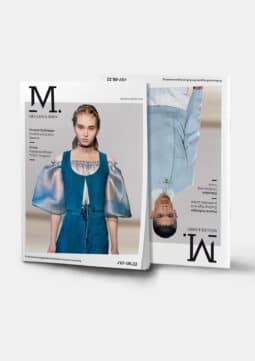 6 Comments for this article

Cutting Technique for a Capri Pants 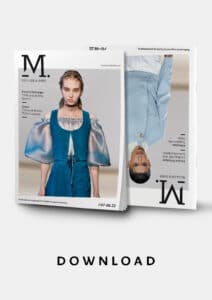