One of the world’s most precious fabrics is woven in the heart of Myanmar. It is created from a wild silk and linen like yarn made from thousands of the finest fibres of the stems of lotus flowers. The craftsmanship behind this fabric, originally only entitled to Buddha, is shown by the weavers in a small village in the middle of the picturesque Inle Lake in the Shan Mountains. This lake is famous for its one-legged rudders. The fishermen do not row with their hands, but with one leg, so to have both hands free to fish with their traps. With their boats, they also go on the lake to pull out lotus stalks from the lake bottom as the raw material extraction is done manually. The fishermen belong to the ethnic group of the Intha. Because the local Shan prince formally did not give the people land, they built their houses and villages on stilts. The Intha are famous for their floating gardens which consist of artificial islands of water hyacinths, seaweed, reeds and silt and serve as the basis for their vegetable cultivation that is especially tomatoes.

In addition to fishing, the Intha have focused on their weaving skills. Slowly, the longboat approaches the stilt village Innpawkhon. From afar you can hear the clatter of countless looms. We stop at the Lotus weaving mill Khit Sunn Yin. Women of all ages sit in traditional looms in a light-flooded room, weaving the signature Intha patterns, including many ikat and above all the precious lotus silk fabrics. In front of the large workshop on a terrace, weaver Nwe sits on the floor, absorbed in her work. Next to her are long thin stems of lotus flowers that have been soaked for at least three days. She takes four stalks in her hand and cuts off each of them into about 10 cm long pieces. In each hand, she holds four of these short stems and gently pulls them apart. The wooden pulp channels release their core, 30-50 wafer-thin fragile lotus fibres containing 5 microns at most. Carefully, she spreads these over a wooden board and twists the fibres of three-four lotus stems with her right hand into a long, firm cord, which is caught by a bowl. The work is extremely complex. When 40 meters of yarn are created, it is collected on a spool. The threads must be processed within 24 hours and still wet, otherwise they will break. When wet the thread feels rough.

From yarn to fabric

The woven fabric resembles solid wild silk and linen with a velvety feel, yet is very robust. The colour of the yarn initially is a greyish beige and with special treatment later receives its elegant ecru colour. If other colours are preferred, the yarns are dyed with natural colour pigments, depending on the wishes of the client or customer. Already at the age of 14, girls learn weaving from their mothers who mostly work until old age. Many women weavers do not stop until age 65 because the pay for their work is very low. An experienced weaver will receive no more than four euros a day: “The lotus silk spinning is a very delicate, difficult job, because the fibres break easily,” explains Ms. Nang. Strictly speaking, the term silk does not apply to the fabric, because it is not extracted from the larvae of the silk moth. The name derives from the fine silk-like fibres, which are very similar to those of the real silk.

This type of weaving art on Inle Lake is only known since about a hundred years. The time of production is only possible during and shortly after the rainy season from April to December, because only then do the lotus plants (Nelumbo nucifera) grow up to five times their size in one season. For the Inthas, it is a very valuable flower, because the hollowed-out stems are further used as fertilizer and the plate-shaped leaves are used for storing food, especially rice as well as for transporting goods. The magnificent pink flowers are presented to Buddha as a gift, because the lotus represents spiritual purity, clarity and salvation from the cycle of rebirth the way Buddha teaches us.

Originally, only Buddha portraits and high clerics were allowed to wear the precious cloth. But in 2010, the Italian entrepreneur Pier Luigi Loro Piana discovered the preciousness of the substance. The traditional family-owned Loro Piana (sixth generation since 1924) belongs to the luxury group LVMH since 2013 and became famous for its products made from only the finest of cashmere. Now he sees the silk of the lotus flower as the non-plus ultra for his fashion. For Pier Luigi, this lotus fiber has all the qualities one could wish for in a fabric: it is very light, breathable, water repellent, cool in summer and warm in winter, and does not wrinkle. The brand name is “Loro Piana Lotus Flower®”. Only about 100 exclusive Made-to-Measure jackets are produced per year out of the fine cloth (for a jacket you need 26000 panzers), at a cost of about 6,000 euros per blazer. Loro Piana receives about 50 meters of fabric per month from the contract weaving mill, which means a whole village solely works for him.

For the people of Myanmar, the poorest country in Asia, the cost of such a jacket is an unimaginable sum compared to their miserable daily salary. After 50 years of isolation by the military government, they hope for the coming of better times. The weavers also voted for the politician and Nobel Peace Prize winner Aung San Suu Kyi, the chairman of the National League for Democracy (NLD), in the last elections November 2015. Now they hope things will start to go up. The signs are good, tourism on Inle Lake is booming, the lotus silk scarfs are a big hit with the guests who visit the weaving mills every day. The export is also increasing. They hope that the fabric originally only meant for the immortals will also help them as mortals to have a better life.

In this e-dossier you find instructions for the pattern construction of for different evening dresses.

Instructions on how to make patterns and patterns for sewing silk dresses can be found in our online shop.

How to Sew an Infinity Dress 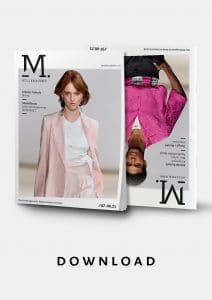