The Wedding Suit – Outfits for the Groom

The groom has never been spoilt for choice and had a wide selection to choose from. All he had to do with his wardrobe was follow a few wedding rules. But then young nobles in England made a groundbreaking discovery …the interesting history of the wedding suit and how to construct a pattern for this special suit you will learn in the following article. 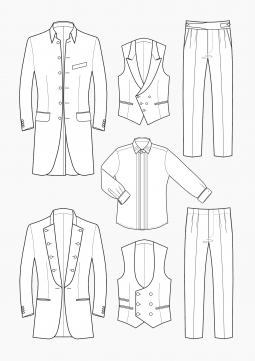 Instructions for the pattern construction of two wedding suits.

Through the Ages – The History of the Wedding Suit

With the decision to sail into the port of marriage, as is well known, a stormy time begins for the bridal couple. In the centre of all discussions was and still is the wedding dress: What should it look like? The most emotional, tricky and important wedding question. On the other hand, the outfit for the groom was not a big issue. There was unanimous agreement throughout: the man’s wardrobe is based on the woman. For example, if she wears a plain dress, he must not steal the show from her in an extravagant outfit. In photo archives of the past it can be discovered that men at weddings preferred to present themselves unspectacularly in a dark suit, white shirt and white bow tie. Perhaps this would still be the case today, if the men’s world in England had not put an abrupt end to this monotony. All rethinking began with the “frock”, a garment worn by English workers. Nobody thought about marriage then. Young nobles took the unusual piece (cut diagonally from the chest down to the back) and put it on “just for that” on informal occasions. But the “frock” quickly found his friends, made its way to France, became more and more popular there as a “frac à l’anglaise”, determined the street scene at the end of the 18th century and was then upgraded to a dress code by the English nobility with their thoughtful and strange rules.

From 1850 onwards, the tailcoat was “only” worn on special festive occasions. It also made a career in German aristocratic circles and, as the king of men’s clothing, became a must for the groom – albeit as an evening suit. His alternative during the day was then and still is the cut, a kind of frock coat. But around 1930 there was suddenly competition. The tuxedo – also a British “invention” and initially only worn in smoking rooms of English men’s clubs – quickly became “presentable” because of its festive character (silk satin on the collar and silk stripes on the outside of the trouser legs) and conquered the bridegroom fashion of the nobility and high society. From year to year, the tuxedo – especially among the younger generation – became an increasingly popular alternative to the rather old-fashioned and conservative tails. In the 1920s, the so-called “Stresemann”, named after its “inventor” and first wearer, after Foreign Minister Gustav Stresemann (1878 – 1929), turned out to be another wedding alternative in noble and wealthy circles. The trademark: black and grey striped trousers.

Tailcoat, tuxedo, cut and stresemann have remained a privilege of the upper social classes and the nobility until today. The bourgeois and still most popular fashion variation for the groom is traditionally the elegant, high-quality, well-groomed wedding suit. Its invaluable advantage: it adapts seamlessly to even the most modern trends and impresses with its creative flexibility.

Pattern Construction of a  Wedding Suit

Fashion for “the most beautiful day” allows more room for details and creative designs than classic garments.

The suit jackets shown in the e-dossier Pattern Making Wedding Suits  (Jacket and Frock Coat) have interesting collar variations and are cut back at the centre front. The jackets and coats are worn open to show artistically designed waistcoats as well as plastons. The pleated pants are cut high, so the shirt doesn’t show under the waistcoat or finished with a Hollywood waist to be worn with a cummerbund. Pin tucks are a festive detail on the shirt. 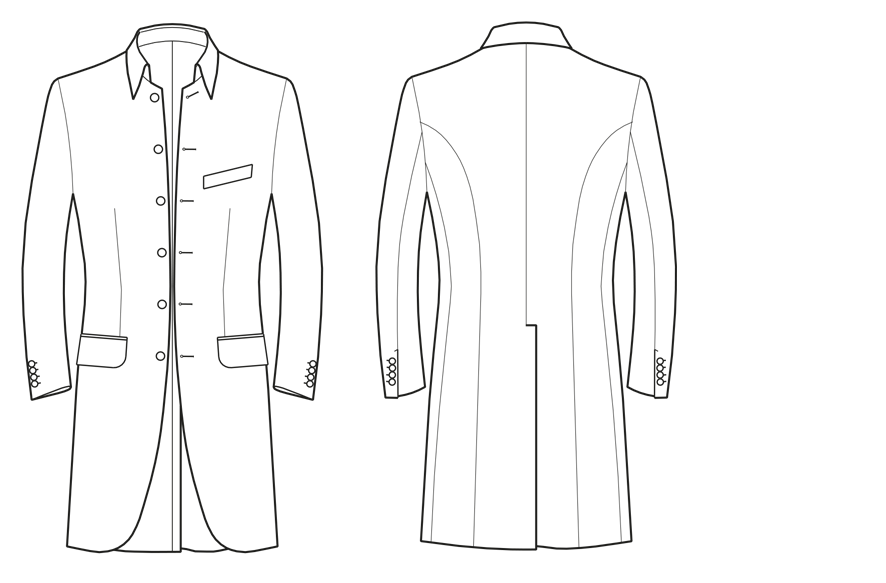 Front- and Back Pattern

Draw a guideline from chest to the armhole and draw the back princess seam as shown in the illustration. Trim the centre front 1 cm at the chest and 1.5 cm at the neckline. Draw the new front edge slightly rounded to the hem and blend the seamline. Mark the beginning of the collar 3 cm away from the front edge. Mark the upper buttonhole 3 cm below the neckline and the lower buttonhole 2.5 cm below the pocket entry. Place the remaining buttonholes evenly spaced in between. Mark all buttonholes 1.5 cm away from the front edge. Draw the Frankfurt pocket and the chest welt pocket according to the illustration. Mark the grainline  perpendicular to the hem on the side panel and on the back panel. Mark the grainline along the middle line of the front dart.

Instructions for the pattern construction of three different wedding dresses.

Many pattern instructions and patterns for sewing clothes for bride, groom and wedding guests can be found in our online shop.

2 Comments for this article 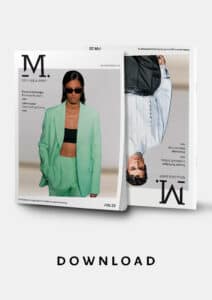